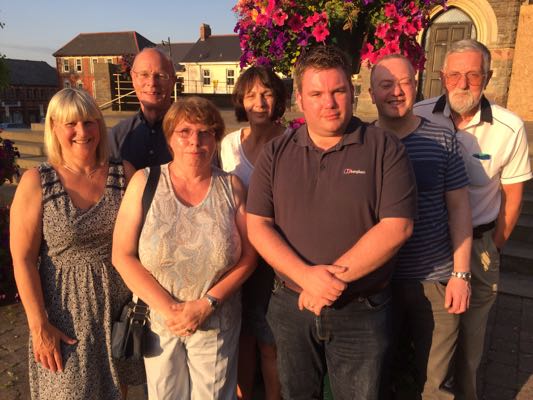 The Welsh Liberal Democrats are different. Unlike other parties we are a democratic organisation, where our members decide our policy and elect our leader.  Welsh Liberal Democrats have a strong sense of national identity, embracing the Wales of today and speaking for all of Wales no matter who you are or where you live.  We have the deepest roots of any Welsh political party.

More information can be found at the Welsh Liberal Democrats website.

Locally our party is made up of the four political constituencies, Caerphilly, Islwyn, Merthyr & Rhymney, Blaenau Gwent.  Local parties are independent and work hard in their communities giving local people a voice and deciding how their neighbourhoods are run. With such a large geographical area and three local councils to cover we face a massive challenge, but we teams are more than up to it.

You can support your local party by giving a donation to our campaigns, or by getting involved as a volunteer.

Our Welsh Assembly Members are widely regarded as the most effective opposition to the Welsh Labour Government. Despite being in opposition, we've succeeded for Wales several times, such as securing £282m to help give opportunity to Wales' poorest school pupils.

In the United Kingdom

In Westminster, we are working to create opportunity for everyone by building a stronger economy in a fairer society. As part of the Coalition Government we gave over 1 million people in Wales an £800 income tax cut, and brought power closer to the people of Wales with the biggest package of devolution this century.  Looking to the future, we will be fighting for our liberal values, such as ensuring that we keep the Human Rights Act and leading in Mental Health issues.